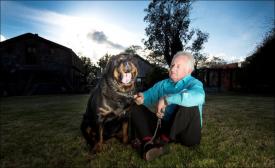 25.06.2020 “Do not believe what you hear. The truth is precious thing and you can not find it in the words of everyone. Every man talks as he lives. That is why you will find the truth of the words from the way he lives.” Saint Joseph the Hesychast

Driving into their yard last week revived bittersweet memories of long ago; of the day I arrived to try to recruit Veronica Guerin for the Sunday Independent; of the party held in the house the night she parted company with the Garda detail minding her after she was shot and injured; most of all, of Veronica herself.

At that party there were a few of us from the Sunday Independent, a few detectives, and I recall Nora Owen, who was minister for justice at the time, and in whose constituency Veronica lived, although I doubt she shared her politics. We sang a few songs, told stories, laughed and left, never to return in her lifetime, or indeed since.

Now, approaching the 20th anniversary of her death, I'm back in the yard. Aengus Fanning, the late editor of the Sunday Independent, sent me out the first time with a letter for Veronica. "She's the only bloody reporter in Dublin who can get a story, make sure she gets this," he ordered, handing me what I presume was one of his hand-written invitations to call him.

That day a dark, barrel-chested Rottweiler trotted up to the door of the car and I was terrified. Now, some 23 years later, it seems the same dog repeats the process, soon joined by a second. But this time I step out without any fear and two smaller dogs, one of them yapping, join me in the yard. It's a bit of a menagerie: inside the front door are two cats, one limping.

I'm greeted by Graham's wife Suzanne and their daughter Saoirse and presently Graham arrives down in a white shirt and green tie. He's always been 'one of our own' - a phrase we often used in the paper to denote an ordinary uncomplicated fella, someone who works hard, takes a pint, enjoys a football match and can hold his own in conversation.

But anyone who remembers that summer of 1996, especially the days after Wednesday, 26 June, when John Gilligan's gang clinically murdered his wife Veronica at traffic lights on the Naas Road near the Newlands Cross intersection, will remember the extraordinary dignity with which Graham Turley held himself. His sorrow and silence spoke more than any words as he stood erect in grief, his strong, builder's hands resting gently on the shoulders of his six-year-old son Cathal. 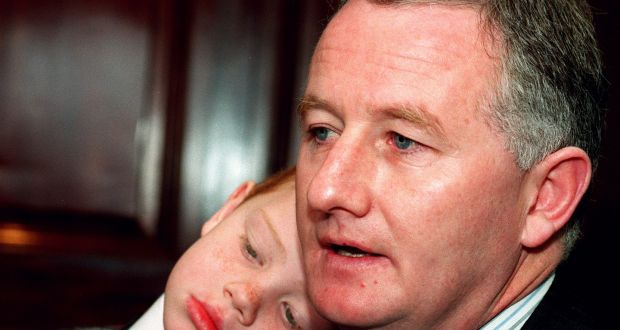 "I did exactly what Veronica would have done," he says of the intervening years. "If anything happened to me she would have kicked on for Cathal's sake and enjoyed life to the full. I think I have done that to a certain extent. It is always in your mind what has happened and you can't ever forget it, but life is too short. I was also very conscious that I didn't want to let anybody down. To have been Veronica's husband was a great privilege and I could never bring that into disrepute. She left an enormous legacy. It was more... it happened so quick, it happened so suddenly, and I knew in the few months after it sunk in that there was no going back - so we had to kick on and I did that."

In the days and weeks after the callous murder of Veronica, Graham, a small builder of one-off houses and extensions, was thrust into the limelight, the focus of a huge out-pouring of grief and the gaze of the world's media. He didn't avoid the glare of publicity but rarely spoke. He left it to the politicians and the police to confront the criminals in their own way and he got on with the practicalities of life and rearing his son alone.

"I think when there is a disaster in any family there is a huge amount of care and attention for the first few weeks and months," he says, mentioning in particular his sister Susan, who he says was "unbelievable" during that period of confusion and loss.

"Then it's not that people forget you, but they have to get on with their own lives as well... and as I said to numerous people, our pain was very, very hard and I wouldn't wish it on anybody, but it was very quick. There are people out there who have kids with special needs and it's there every day for them for the rest of their lives. So you know, we take what we have and count our blessing and get on with life."

For Graham, having a new life with his wife Suzanne and daughter Saoirse has restored normality, although with his sunny temperament he was never likely to live the rest of his life under the mantle of grief, no matter how much he felt it.