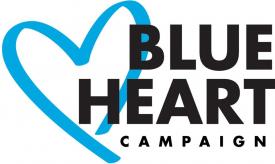 Working on the front lines to end human trafficking

This year, we will focus on the first responders to human trafficking. These are the people who work in different sectors - identifying, supporting, counselling and seeking justice for victims of trafficking, and challenging the impunity of the traffickers.

During the COVID-19 crisis, the essential role of first responders has become even more important, particularly as the restrictions imposed by the pandemic have made their work even more difficult. Still, their contribution is often overlooked and unrecognized.

Through stories from first responders describing their practical work in assisting victims we intend to spotlight their contribution and that of their function, institution, organization, team, or community and its impact on fighting trafficking. The key messages focus on the positive, recognizing the importance of the work done by first responders, as well as seeking support and raising awareness that these actions need to be sustained and replicated. The stories will also highlight how first responders remained committed during the pandemic.

Why a Blue Heart?

Trafficking in persons is a serious crime and a grave violation of human rights. Every year, thousands of men, women and children fall into the hands of traffickers, in their own countries and abroad. Almost every country in the world is affected by trafficking, whether as a country of origin, transit or destination for victims. UNODC, as guardian of the United Nations Convention against Transnational Organized Crime (UNTOC) and the Protocols thereto, assists States in their efforts to implement the Protocol to Prevent, Suppress and Punish Trafficking in Persons (Trafficking in Persons Protocol).

The Protocol to Prevent, Suppress and Punish Trafficking in Persons defines Trafficking in Persons as the recruitment, transportation, transfer, harbouring or receipt of persons, by means of the threat or use of force or other forms of coercion, of abduction, of fraud, of deception, of the abuse of power or of a position of vulnerability or of the giving or receiving of payments or benefits to achieve the consent of a person having control over another person, for the purpose of exploitation. Exploitation shall include, at a minimum, the exploitation of the prostitution of others or other forms of sexual exploitation, forced labour or services, slavery or practices similar to slavery, servitude or the removal of organs.

The World Day against Trafficking in Persons was proclaimed by the United Nations General Assembly, in its resolution A/RES/68/192.