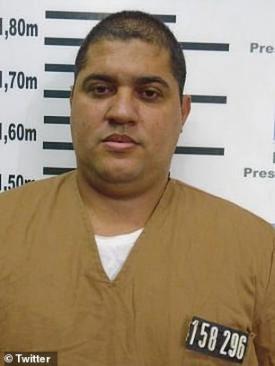 One of Brazil's biggest crime bosses has gone on the run after being briefly freed from prison the previous day.

André Oliveira Macedo, also known as André do Rap, was released from a high security prison on Saturday - but this decision was revoked just hours later.

He has been missing since.

Macedo is a senior member of the São Paulo-based First Command of the Capital (PCC) gang, which holds power in jails across Brazil and Paraguay and smuggles tonnes of cocaine into Europe.

His release was the result of a controversial order by Judge Marco Aurélio Mello, one of 11 justices on Brazil's Supreme Court.

Judge Mello granted Macedo's release from the São Paulo prison on the grounds that the amount of time he had spent in detention awaiting trial had exceeded the legal maximum. He was arrested in September 2019, and had been detained since.

After his release, Macedo was ordered to go into house arrest.

The order to release him was controversial. São Paulo state governor João Doria called it "an unacceptable condescension to criminals".

Within a few hours, High Court president Luiz Fux had suspended the decision and ordered Macedo to be re-arrested and returned to prison immediately.

However, by this time he was already gone - with some local reports suggesting he fled the country.

Investigators in São Paulo have not provided details on the search.