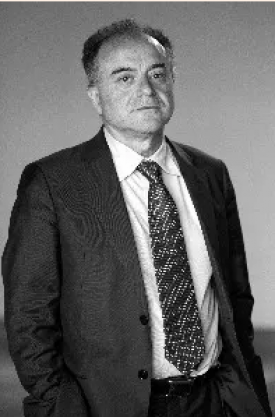 Nicola Gratteri, 61, was born in Calabria and has lived there almost his entire life, but the public prosecutor barely knows what the area around him looks like today. As a consequence of fighting the ’Ndrangheta, Gratteri has been under permanent police protection since 1989 and is unable to leave his office in Catanzaro without a bodyguard. Most days, he eats alone and works late into the evening. “I don’t know the city where I live. I can’t have normal relationships with people. I can’t go to the cinema. I can’t go for a walk or go to the beach six kilometres from my house. I leave in the morning, I eat in the office in the same room and go home,” he says to the FT by phone. As a child, Gratteri went to school with a boy whose father was murdered by the ’Ndrangheta. Another girl in his class was the daughter of a famous crime boss. One of his childhood friends later joined a clan. Decades after they played together as youths, Gratteri ended up prosecuting him in court. Gratteri’s dedication has made him increasingly well known across Italy. Yet he lives out each day in the knowledge that death is stalking him. Police have foiled multiple attempts on his life. In 2005, they discovered a cache of weapons, including Kalashnikovs, rocket launchers and plastic explosives, which they believed were intended to murder him and his bodyguards.

As he continues to prosecute cases against Calabria’s leading criminal families, the number of people who want him dead has grown. “They gave me new cars that should withstand explosives, they gave me more security in my house, and on the route I take to the office,” he says. “I’m very careful. I try to avoid dangerous situations, but recently it has become even more difficult.” There are few areas of Calabrian public life where “the system” Gratteri is fighting against is more evidently at work than the region’s management of public health, where vast budgets create a perfect arena for corrupt local politics, business interests and organised crime to converge. “In Calabria, the history of healthcare mirrors the failure of the state,” says Sergi. “Every time there has been a new political faction coming in, someone is arrested — and it is always to do with the health system. Healthcare has been a red flag in Calabria for generations.” As these criminal families’ profits from extortion, drug smuggling and defrauding the state have grown, so has the need to find increasingly complex ways of laundering it. London is one prime destination for ’Ndrangheta cash, according to Claudio Petrozziello, Italy’s financial police representative in the UK, who spends his days investigating how dirty money from organised crime washes up in Europe’s financial capital.  Petrozziello’s job has become harder as the lines between Mafia thugs and tie-wearing financiers with business degrees have increasingly blurred. “Many people still think of the Mafia as drug dealers and extortionists, but there are many who are involved in moving money out of Calabria who would appear as sophisticated businessmen. They would blend in at an investment bank or a multinational corporation,” he says.

The story of how money looted from Calabria’s hospitals ended up being routed into the global financial system illustrates the sophisticated ways in which the ’Ndrangheta launders the proceeds of its crimes. Through interviews and the analysis of financial documents and Italian legal filings, the Financial Times has found how the clans made use of a vast financial conveyor belt. The ­proceeds of the horrors of the corrupted hospitals were ­unwittingly bundled up by intermediaries and mixed with other assets into debt products. These then flowed through the City of London, Luxembourg and Milan, eventually ending up in the investment portfolios of the clients of private banks and hedge funds.  From 2015 to 2018, hundreds of millions of euros of invoices signed off by officials in Calabria’s cash-strapped municipal health authorities were purchased by intermediaries. These middlemen bought the unpaid invoices from suppliers at a steep discount because they were, in effect, guaranteed by the Italian state. They were then sold on to specialist financial companies, who merged them into pools of assets and sold investor bonds backed by the unpaid bills.

While many legitimate companies in Italy have used this process to offload debts owed to them by regional health authorities, the complex chain of intermediaries leaves it vulnerable to exploitation by organised criminals. Indeed, some of these same authorities were subsequently placed under emergency administration by the Italian state for full-scale Mafia infiltration. Several years after the invoices were sold, a number of the companies that had issued them were raided by anti-Mafia investigators for being fronts for ’Ndrangheta clans. Front companies for organised crime working in the Italian healthcare sector managed to offload invoices owed to them by regional health authorities to unwitting intermediaries, who then sold them on again to legitimate financial companies. They then packaged them into specialised debt products marketed to investors hungry for exotic higher-yielding bonds at a time of record-low interest rates. Other investors in debt instruments connected to the Calabrian health system included hedge funds and ­various family offices, according to people involved in the deals. None of these bonds was rated or assessed by major credit rating agencies or traded on financial markets. Instead, some were privately placed by boutique investment banks, several of which have offices in Mayfair or the City of London.

The Chiron vehicle bought up close to €50m of unpaid healthcare invoices, including bills originating from Calabria and other parts of southern Italy. The ultimate buyer of the resulting bonds was the Luxembourg arm of the private bank of Generali, one of the largest insurance companies in the world, which was seeking to offer its clients higher-interest alternative investment products. The company that constructed the Chiron vehicle was CFE, a boutique investment bank with offices in London, Geneva, Luxembourg and Monaco. The Italian branch of EY, the global professional services firm, acted as a consultant on the deal.

One of the companies that contributed to ­Chiron’s invoices was Croce Rosa Putrino SRL, an ambulance and funeral company servicing the hospital in Lamezia Terme. In late 2018, police arrested 28 people, after an investigation by the public prosecution office of Catanzaro alleged that various front companies for local ’Ndrangheta families, including Croce Rosa Putrino, had seized control of the hospital’s funeral, ambulance and other health services. The case is still being prosecuted. Banca Generali and CFE told the Financial Times that neither company had ever knowingly purchased any assets linked to the Calabrian healthcare system that had been connected to organised criminal activity. CFE said that it conducted significant due diligence on all the healthcare assets that it handled as a financial intermediary, and that it also relied on the checks of other regulated professionals who handled the invoices after their creation in Calabria. All the assets were deemed to be legal when acquired. CFE said that any invoices connected to organised crime it inadvertently handled made up a tiny amount of its business. Both companies said that any legal issues that emerged after the invoices had been acquired were immediately reported to the Italian authorities.