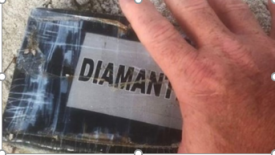 The state Police of Florida have found a lot of cocaine packages on two Florida beaches. The waves, triggered by Hurricane “Dorian”, are supposed to have discarded the drug on the coast.One of the policemen in Melbourne has checked a suspicious package of  drugs after visiting the local beach, says police spokeswoman at NBC News.The packages are labeled "D-I-A-M-A-N-T". After the tests carried out, it appears that the package contains cocaine, which  will be destroyed.According to CBS News, on another beach ,located about 30 kilometers away, another 25 kilos of cocaine have been found.

A total of 15 packages has been  found in the bag and handed over to the authorities.Hurricane” Dorian” has  crossed the east coast of Florida earlier in the week.

END_OF_DOCUMENT_TOKEN_TO_BE_REPLACED

‘But Mom, Video Games Are My Job’ The challenges for parents trying to...