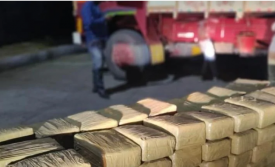 The Sushant Sigh Rajput death case probe has led agencies to unearth a major drug scandal with links with the Bollywood film industry.

Mumbai, however, isn't the only city which has come under the lens of the Narcotics Control Bureau (NCB). Braj region, especially Agra, also reportedly sees a significant business in drugs, especially cannabis and psychotropic drugs.

A senior narcotics department official told India Today that the area sees over 200 kg of cannabis and other drugs being traded every week. The major part of this transaction is carried out in Agra and Mathura and the supply comes through Delhi, the official adds.

The official said that the STF wing arrested drug suppliers in the Sikandra area of Agra with 505 kg cannabis on August 3. A month later, 500 kg cannabis was recovered again.Inspector-General of Police A Satish Ganesh said last month the Government Railway Police confiscated 15 drug consignments. The cannabis had arrived from various districts in south India to the Braj region. First, the cannabis lands in Delhi, and then it is sent to Agra, Mathura, Etah, Mainpuri, Firozabad, Kasganj, Aligarh, and Hathras districts of the Agra region.

He said the police have their eyes on drug smugglers and many have been already sent to jail. The interrogation of these smugglers has revealed that the kingpins of this cartel are located in Delhi and both of them are named Rahul. They use jobless youth to act as carriers of the drugs, the official said.GRP sources told India Today that the assistance of the Delhi Police is being sought in the case.

Sources say usual payout to the carriers is Rs 5,000 per consignment, with food and transportation expenses. The carriers are only given the supply code and know nothing about the supplier or the buyer.ccording to the information available with India Today, smuggling is also being conducted via the Naxal-affected areas of Odisha to the Braj region. The recovery of 500 kg of cannabis from a tanker by the STF made it clear that the region is witnessing a surge in drug trafficking.

Three smugglers, Prashant, Rameshwar, and Raghuvendra have been arrested and have revealed that a drug supplier called Kana Kura in Odisha is the principal source of this cannabis.

Cannabis is illegally grown in the Naxal-affected areas of Odisha and sold in bulk. The payment is sent online and the supplier is contacted telephonically.

Hashish and other drugs are also supplied by the same supplier who has his network spread across Uttar Pradesh.
Vishal Sharma, vice-chairman of Hindustani Biradari, an organisation working on communal harmony, said the booming trade in cannabis throughout the region is not surprising as its consumption has been traditionally prevalent in these parts of the country.

He said cannabis is a plant that contains some psychoactive and hallucinogenic properties, and the consumption of its parts, especially the leaves, can make a person 'high' for some time. The cultivation of any species of cannabis plants is banned in India, but it is illegally grown, especially in the Naxal-affected areas.

While Cannabis Indica or 'bhang' is sold legally by the government in UP and some other states, cultivation and sale of Cannabis Sativa (ganja) is completely illegal and could lead to imprisonment for up to ten years.