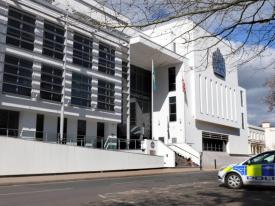 Kineton man turned to importing and selling hundreds of thousands of pounds worth of cocaine and ecstasy to fund his addiction to gambling on stocks and shares.

Joe Richens had set up a sophisticated one-man operation which involved the use of the dark web, encrypted phones with messages which would self-destruct, and crypto-currency.

But his scheme finally came crashing down after packages of drugs were intercepted hidden in a children’s game and coffee containers.

And at Warwick Crown Court Richens (31) of Warwick Road, Kineton, was jailed for 11 years and six months. 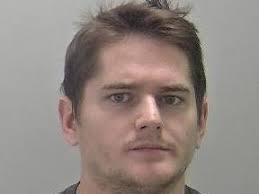 He had pleaded guilty to two charges of conspiring to evade the prohibition on importing drugs, two of offering to supply class A drugs, possessing MDMA with intent to supply it and money laundering.

He was the principal player at the top of an organisation in which he has acted as an importer of controlled drugs and has then proceeded to distribute those drugs. His methods were designed to keep the involvement of others to a minimum, using crypto-currency, the use of the dark web and encrypted devices.He has been involved in sourcing and supplying significant quantities of class A drugs, principally cocaine and MDMA, commonly known as ecstasy, for some six years.”

Richens finally came to the attention of the police in February 2018 after a package addressed to him at a postal collection depot in Alcester was intercepted at Coventry airport.

Mr Lidiard said the package appeared to contain four Lavazza coffee containers, which alerted suspicion because it seemed to be an expensive way of buying coffee.

It turned out that the containers held 6,944 MDMA tablets and 280 grams of cocaine of a very high purity, together worth a total of around £100,000.

Enquiries revealed that there had been four similar deliveries in November and December the previous year and one in January that year, which Mr Lidiard suggested it was reasonable to infer had contained similar quantities of drugs.

Richens was also linked to three other mail companies one of which had become suspicious and contacted UK Border Force.

The seal had been broken on a children’s game and screws on it had been tampered with – and when it was opened packages containing 263 grams of MDMA and 121 grams of cocaine were found.

We can’t say how many other deliveries there may have ben, but on just the 13 we know about it is reasonable to infer quantities of at least half a kilo up to three-and-a-half kilos per delivery, imported and distributed. So that is six-and-a-half up to 40 kilos in total.”

Richens was arrested at his place of work, and three phones were seized from him, together with a USB stick and the key to a room at the Travelodge in Alcester.

In the room, which he had booked for two weeks, officers found 576 MDMA tablets, together with scales, bags and a vacuum sealing machine.

The phone and the USB stick were encrypted and password-protected, and Richens would not reveal the access codes – but a conversation was found on one phone relating to him paying £63,245 in return for bitcoins.

Mr Lidiard pointed out that over the period covered by the indictment Richens had earned £130,000 from his job – but more than £716,000 had gone through his bank account.

Alexander Leach, defending, said: “This is a serious case. There was a substantial financial gain, but that was lost because of his addiction to gambling.

This is an intelligent defendant experienced in information technology who was involved in a sophisticated form of gambling in stocks and shares, just as liable to result in addiction and loss and other forms of gambling. He became immersed in it, and to support it he became involved in importing class A drugs. Although he was able to cover his tracks in this case, there is no suggestion that he controlled or recruited or exercised authority over others.”

Jailing Richens, Judge Anthony Potter told him: “You are someone who has chosen to misuse the obvious talents you have in the full knowledge of the harm and misery drugs bring to people.

Drugs spread wholesale misery to families up and down the United Kingdom. You, as an intelligent man, would have known all of this when you began dealing in drugs way back in 2012. It is plain you did make and intended to make considerable amounts of money. The fact that you chose to spend that money playing the markets in very little mitigation.”