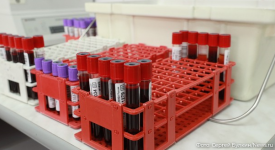 In the authors’ opinion, given the Guerrero Panel’s open questioning of the classification of cocaine as a non-specified substance, the WADA Prohibited List Expert Group should take a hard look at the current classification of cocaine and ask itself why cocaine continues to be classified as a drug that carries with it an inequitably harsh sanction.

Apart from a variety of other amendments, the 2021 WADC should, in the authors’ opinion, be revised to include a "substance of abuse" category that includes cocaine. At the least, this "substance of abuse" category should create a new sanctioning regime establishing a range of sanctions, starting from a warning, up to a short and equitable suspension, for the ingestion of cocaine depending on the circumstances of each particular case. As far as it concerns professional football, the foregoing would also be in line with the agreed principle of "individual case management" as agreed between FIFA and FIFPro in 2017.

However, ideally, the authors believe WADA should create a "substance of abuse" category that follows the lead of the NHL/NHLPA collectively bargained substance abuse program where an athlete who tests positive for a substance of abuse would not even commit an anti-doping rule violation, but rather be sent to a rehabilitation program for substance abuse and behavioral health to deter future abuse. Such a program would initially not lead to any suspension or income-loss provided that the player would follow the rehabilitation program. The creation of a bold WADA "substance of abuse" program would be in keeping with its new emphasis on health as a rationale for the WADC.

The WADA committee charged with drafting the final version of the 2021 Code has proposed a "substance of abuse" category that seemingly seeks to address the "cocaine issue". While it would ultimately be up to the WADA Prohibited List Expert Group to decide that cocaine is a "substance of abuse", the current sanctioning regime for cocaine is recognized as a problem, which is at least a start, as is the proposal that there be a three month period of ineligibility for substances of abuse that could be reduced even further for athletes who complete a rehabilitation program. However, WADA’s proposed method to deal with the "cocaine issue" is still based on the premise that "cocaine can clearly have a performance enhancing effect when used in competition". 27 As previously mentioned, the idea that cocaine enhances performance is far from settled scientifically. Moreover, as currently proposed, the burden would be on the athlete to prove that the use of a substance of abuse was unrelated to sport performance and therefore "did not enhance" that athlete’s performance. Unless the athlete can prove this, the normal sanctioning regime that Mr. Guerrero was subject to would still apply. And just because a substance of abuse category is proposed in the drafting process does not mean it will end up in the final version of the 2021 Code. As the Fernández CAS Panel noted, prior attempts to create a substances of abuse category have failed.

In the authors’ view, even if this proposal is adopted as part of the 2021 Code, unless WADA does something to address cocaine’s classification as a "non-specified substance" more inequitable sanctions like the 14-month sanction imposed on Mr. Guerrero will undoubtedly lie ahead in the future. It is high time for the "lex lata" to match the "lex ferenda" on this issue.