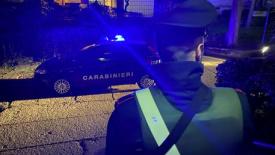 Italian police on Wednesday arrested 26 people on suspicion of dealing drugs for the Naples-based Camorra mafia in and around the southern Italian port city.
Those arrested allegedly bought cocaine, via brokers, from the Calabrian-based 'Ndrangheta mafia, which controls the European cocaine trade, police said. Police said the D'Alessandro clan had claimed a monopoly over the drugs trade in a wide swathe of the Naples area including Castellammare di Stabia, Santa Maria La Carità, Vico Equense, the Sorrento peninsula (where it dealt to businessmen and professionals) and, thanks to a deal with the Afeltra-Di Martino, had spread to the Monti Lattari area.
Police also seized 15 million euros in assets from the alleged gang: 12 motor vehicles, 13 apartments and villas, 46 current accounts, several savings books and credit cards, four companies including a dairy firm, a leather and fur shop, a taxi company at Castellammare di Stabia, and a shop selling cemetery objects at Rosarno in Calabria, and shares in a food takeaway company at Castellammare and a building firm at Salerno.

In 1980, 23-year-old Jean-Francois Larios had the footballing world at his feet. Voted France Football’s Player of the Year, he would go on to win the Le Championnat with St-Etienne the following season and set off for the 1982 World Cup in Spain an important member of Les Bleus squad, with 15 caps and 5 international goals already to his credit.

With good looks and long, dark-flowing hair, Larios could almost have been considered fore-runner to the style invoked by David Ginola years later. And many in France believed he could’ve been better than the maestro Michel Platini himself, the most celebrated French-born player in history.

Yet within a year of winning his last French cap v Poland in the World Cup’s 3rd/4th Place Play-off match, a day prior to Italy’s defeat of West Germany in the final, Larios was on his way to Montreal to join-up with the Manic.

So much controversy surrounded the Algerian-born midfielder’s career, it’s hard to select a defining moment, however two episodes between 1980 and 1983 probably led to his ultimate downfall.

Larios had already won two French titles with St-Etienne and played in a UEFA Cup Final while on-loan to Bastia, before returning to St-Etienne, where he linked up again with Johnny Rep, his former Bastia side-kick, and the great Platini.

St-Etienne finished third but would have won the French title in 1979 had three points for a win not still been a future concept. But the foundation was laid.

Larios was the deep-lying springboard from which Platini and Rep derived their license to roam in search of goals. Another third place finish was secured the following season, before Championship glory followed in 1981. What could possibly go wrong?

Clinicians should routinely ask adolescents about their cannabis use to help identify patterns of misuse that can lead to depression, anxiety, problems at school and other mental and physical health issues, according to Canada’s national association representing pediatricians.

In a new paper published Thursday, the Canadian Paediatric Society (CPS) urges clinicians to normalize discussions about cannabis with their young patients, given how common its consumption is and the fact that one in six adolescents who use it will go on to develop mental or physical problems as a result. According to a Health Canada survey published last year, 44 per cent of 16- to 19-year-olds in Canada have tried cannabis in the past year. The new paper states that many parents and youth are concerned about the potential health effects of cannabis and are looking to their doctors for answers.